RUNNING BIOMECHANICS AND THE WISDOM OF A 1980S KARATE MASTER

HomeBlogRUNNING BIOMECHANICS AND THE WISDOM OF A 1980S... 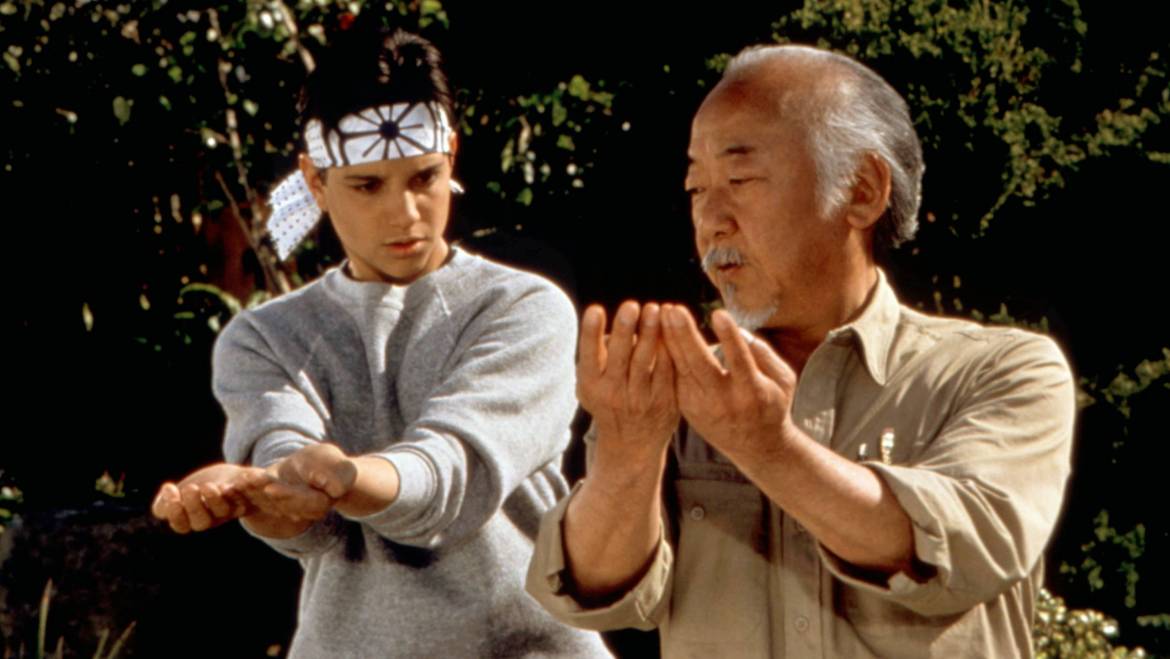 August 15, 2019 0 0
More people than ever are running today. But how many can honestly say they have a good running form? Poor running form increases the chance of injury. It also stops many from reaching their full running potential. But help is at hand. Enter 1980s karate sensei Mr. Miyagi and his worldly wisdom.
Mr. Miyagi of The Karate Kid was one of the wisest and most knowledgeable fictional characters of the 1980s. In his teachings to bullied karate student Daniel LaRusso, he provided inspirational lessons not just for karate but for life.Now while I don’t have five school bullies dressed in very cool skeleton costumes looking to pulverize me on a daily basis, I’ve been on a similar journey of learning. I’ve recalibrated my running technique based on natural running form and biomechanics.Here I outline five sage lessons from sensei Miyagi you can apply to running form. Because if it took Daniel-san to two All Valley Karate Championship titles, think what it can do for you! 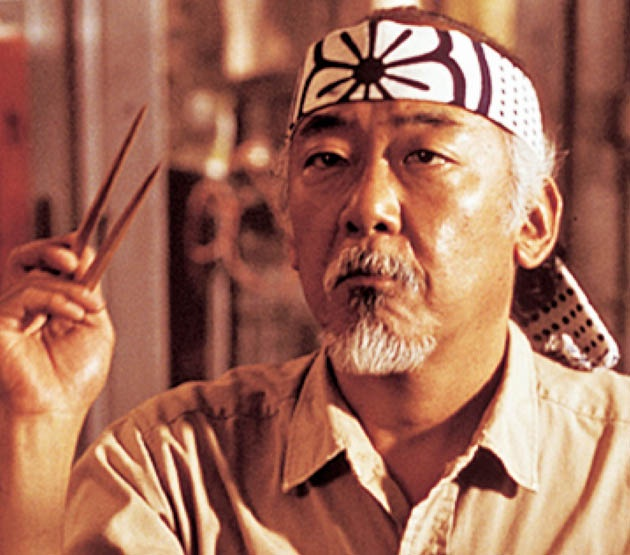 According to running expert Jay Dicharry, 82 percent of runners get injured. That’s an astounding statistic for a non-contact sport. (Dicharry’s excellent book, Anatomy for Runners, is well worth a read by the way.) When you’re injured you can’t accomplish anything. Good running technique doesn’t mean you don’t get injured, but it reduces the likelihood. It also means you’re more likely to identify the start of a small niggle before it becomes more serious.

Think of running technique as your chopsticks. With good technique, you’ll improve your chances of staying fitter and injury-free. This allows you to focus on that fly, whatever it may be. 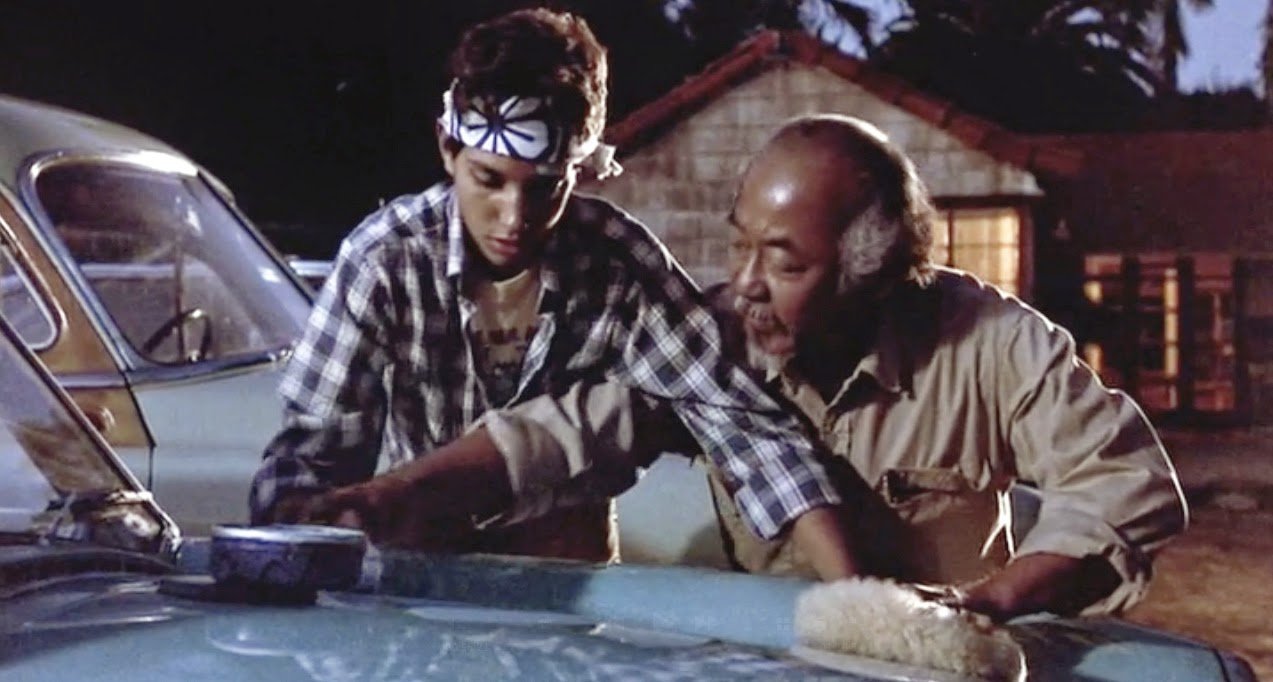 Mr. Miyagi used repetitive techniques. “Sand the floor” and “paint the fence” being two of his favorites. The purpose was to help Daniel retrain his body for the karate techniques he needed to learn and master.

Like Daniel, I’ve been doing my own version of these techniques. Continuous drills, foot strikes, cadence runs, repetitive exercises, and strength sessions. I had to fire my muscles differently. It’s not easy and the results don’t happen overnight. But trust the process. Below are the accepted good running principles everyone can apply. I’ve been practicing them for the past three months: 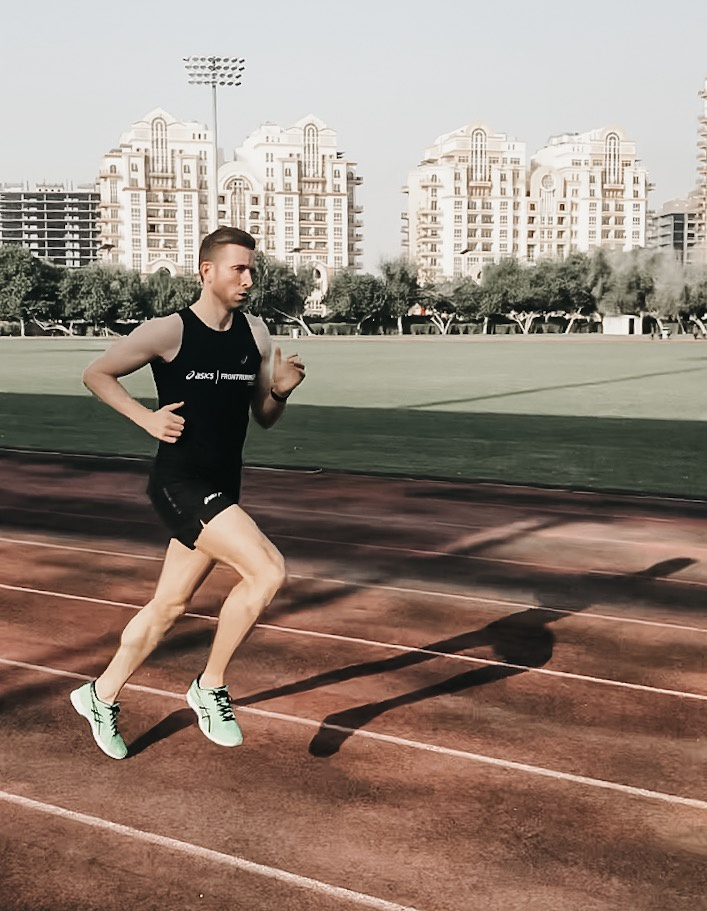 Lesson #3: You trust the quality of what you know, not quantity.” – Mr. Miyagi 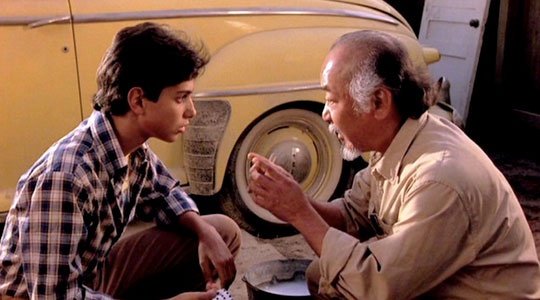 As an ASICS FrontRunner, I made it a priority to make sure I improved my running technique. It was also part of my desire to be the best runner I could be. Many runners feel the same way. Yet the typical route has been to train harder – more laps, longer distances, faster kilometers. Few look instead at being a more efficient runner. Because once you start improving your technique, everything good will follow from there.

I knew I wasn’t an efficient runner and that my technique needed an overhaul. In particular, my cadence was low. That’s despite being able to run a 1:32 half marathon, a 40-minute 10K, and a 19-minute 5K.

I started working with renowned ultra-trail runner and biomechanics running coach Lee Harris. Lee had come to give an expert talk on running technique at one of our ASICS FrontRunner Dubai sessions. In no-nonsense terms, he picked apart my form during a practical session. I’m glad he did though. Lee has a brilliant knowledge of biomechanics and running form. I soon started working with him.

This is the quality over quantity. Lee and I focused on doing the most important things and doing them well. I’ve since become much more in control when I run: focused on my breathing, my form, my foot strikes, my cadence. My overall running. And I felt the difference. 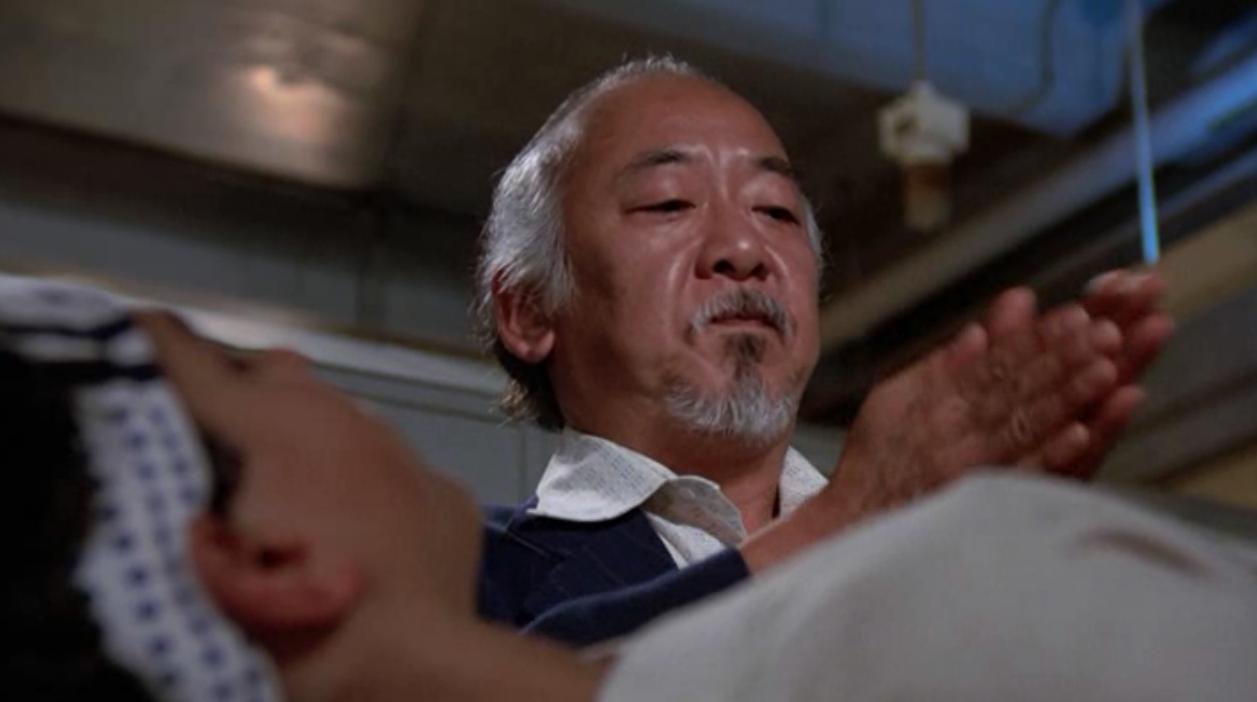 Let’s say you want to take up golf or tennis. The first thing you do is find a good instructor and invest in some lessons to learn the basic techniques. Yet as runners we don’t follow that logic. We subscribe to the notion that because anyone can run and because it’s free, we lace up and go. That of course is true and also the beauty of running – its accessibility. But is also means a majority of runners tend to run with poor form.

We need to get into the habit of learning to stand again – to go back to basics. Watch a seven-year-old run. They run fast and free. That’s because their body is learning movement and motor skills most efficiently. It’s natural and there’s no reason we can’t do the same as adults. 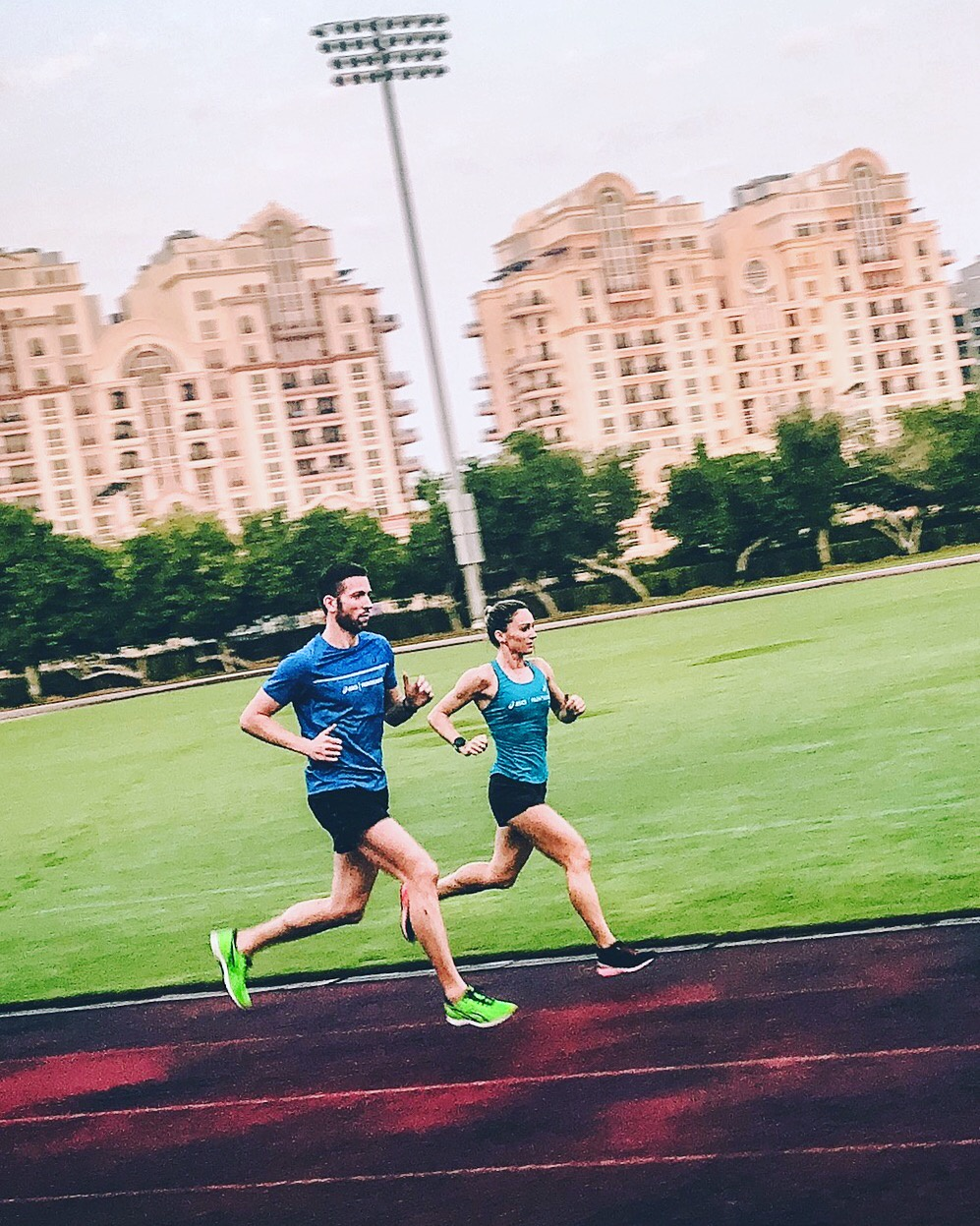 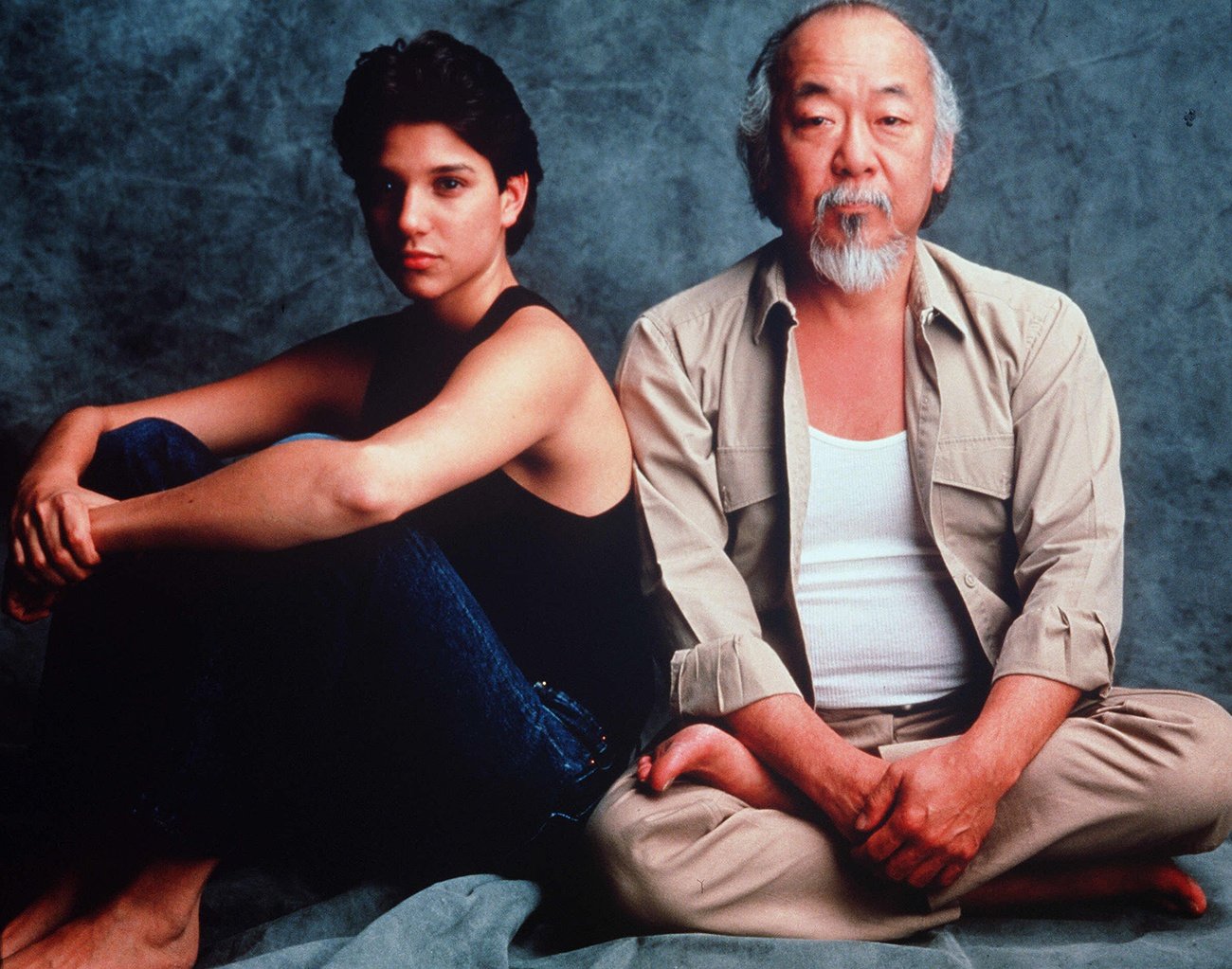 Running is a very personal pursuit and we all have our reasons to run. But whatever your motivation, think about what you want to achieve. Do you want a good running technique that will last the rest of your running life? Think of the benefits:

It sounds great but like an earlier lesson, there are no shortcuts. Like everything in life, anything worth doing is worth doing well. It takes time and dedication. To paraphrase Mr. Miyagi one final time: Don’t be the grape.

Be the best runner you can be. 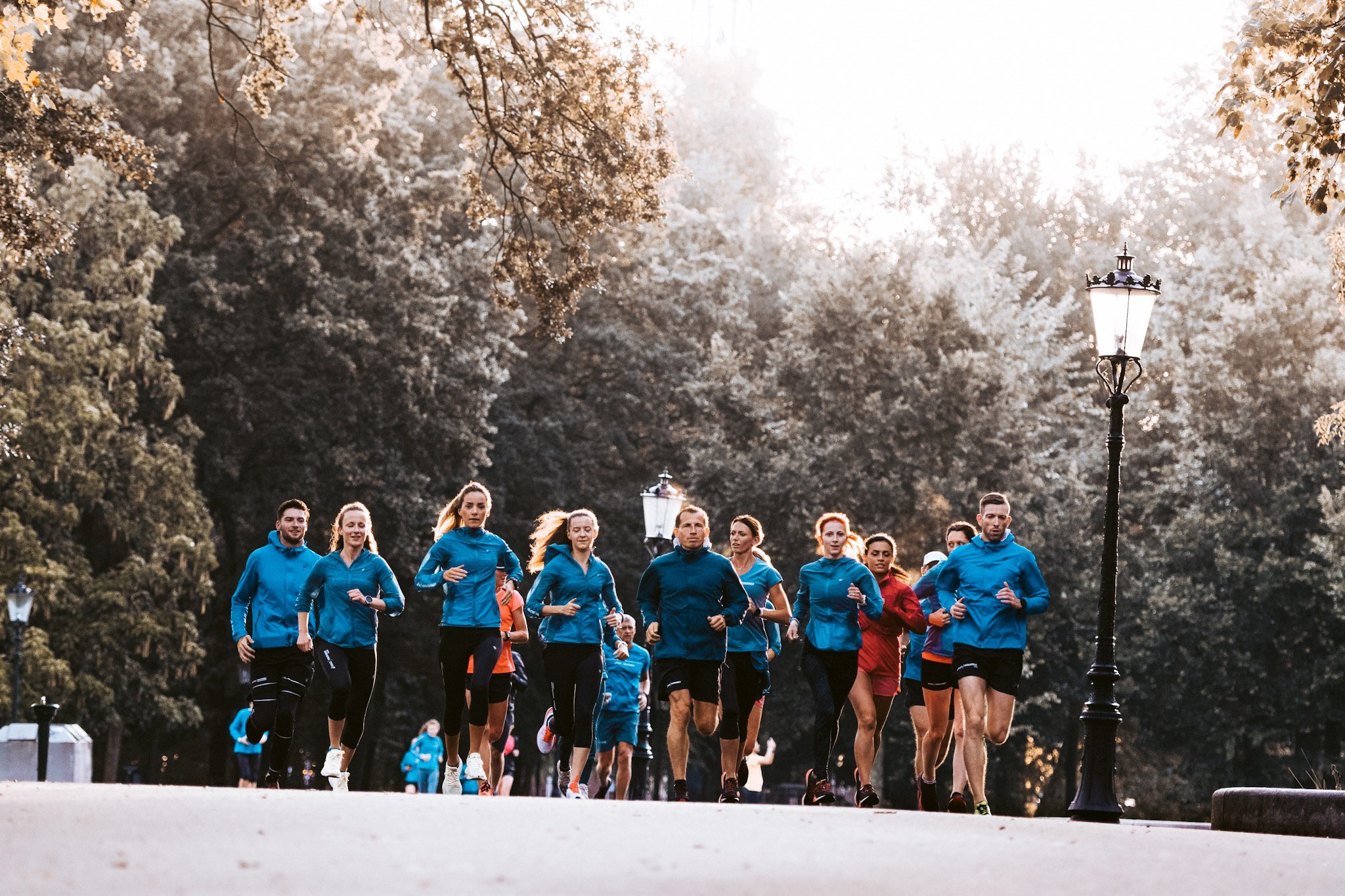